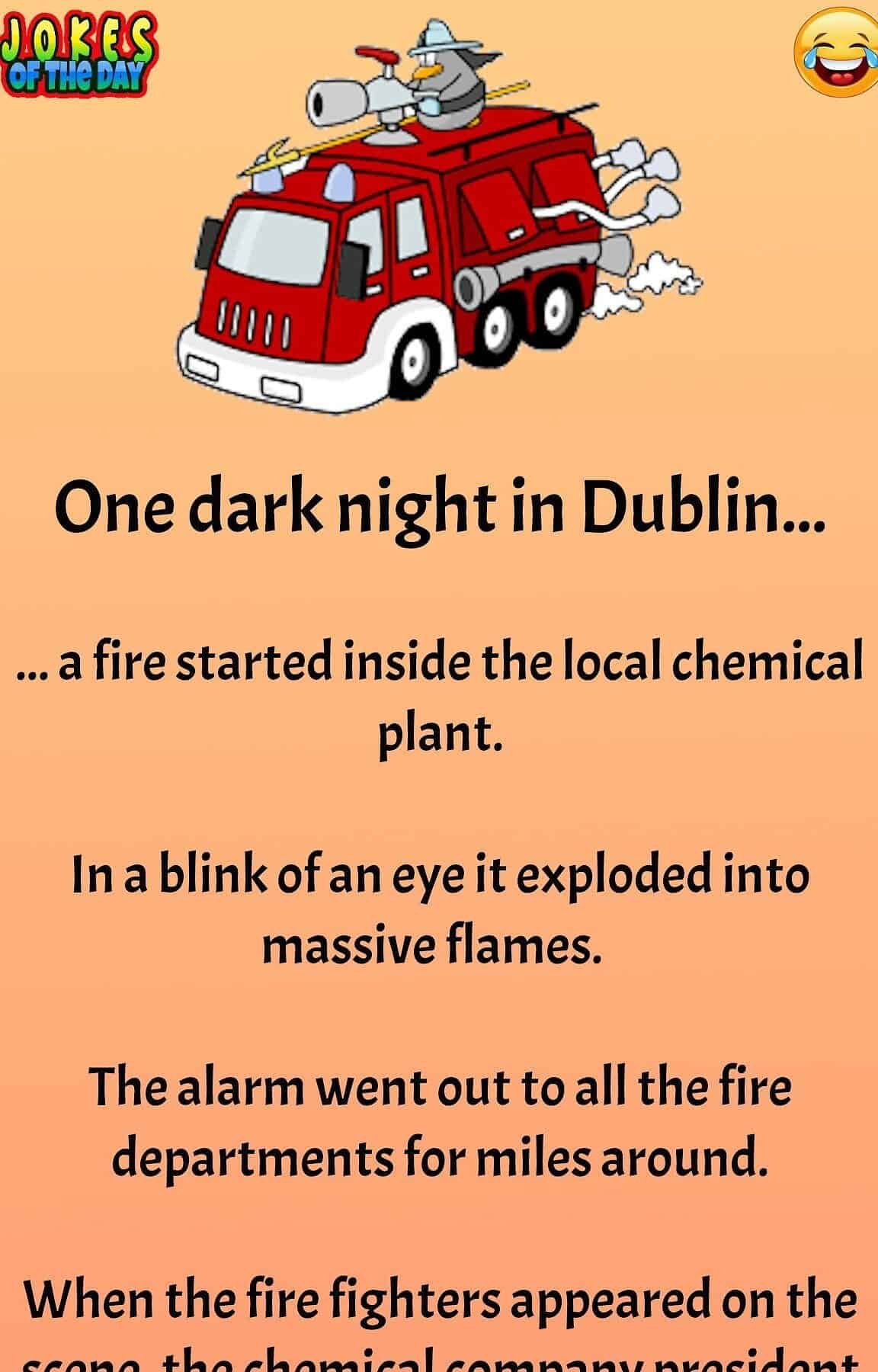 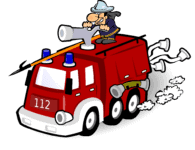 One dark night in Dublin, a fire started inside the local chemical plant…

In a blink of an eye it exploded into massive flames.  The alarm went out to all the fire departments for miles around.

When the fire fighters appeared on the scene, the chemical company president rushed to the fireman in charge and said, “All our secret formulas are in the vault in the centre of the plant.  They must be saved.  I will give 50,000 euro to the fire department that brings them out intact.”

But the roaring flames held the fire-fighters off.

Soon more fire departments had to be called in as the situation became desperate.  As the firemen arrived, the president shouted out that the offer was now 100,000 euro to the fire station who could bring out the company’s secret files.

But still the fire fighters could not get through.

From the distance, a lone siren was heard as another fire truck came into sight.  It was the nearby rural township volunteer fire brigade, composed mainly of old men over 65.  To everyone’s amazement, that little run-down fire engine roared right past all the newer sleek engines that were parked outside the plant.  Without even slowing down it drove straight into the middle of the inferno.

Outside, the other firemen watched as the old timers jumped off right in the middle of the fire and fought it back on all sides.

It was a performance and effort never seen before.

Within a short time, the old timers had extinguished the fire and had saved the secret formulas.

The grateful chemical company president announced that for such a superhuman feat he was upping the reward to 200,000 euro and walked over to personally thank each of the brave fire fighters.

The local TV station caught the thank you on film and asked the chief, “What are you going to do with all that money?”

“Well,” said Paddy, the 70-year-old fire chief, “the first thing we’re gonna do is fix the brakes on that bloody fire truck.”