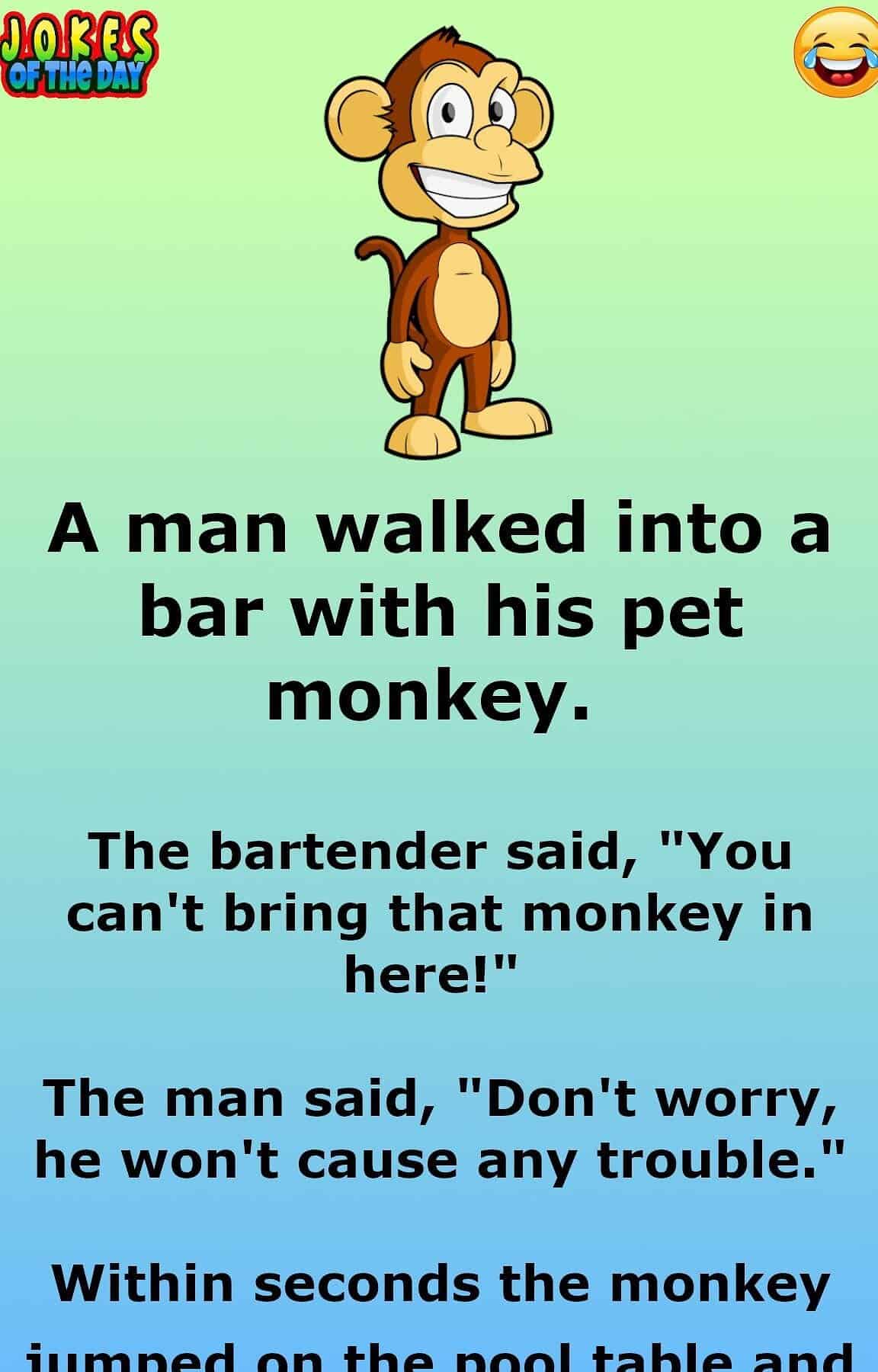 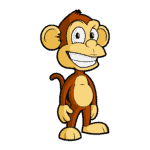 A man walked into a bar with his pet monkey.

The bartender said, “You can’t bring that monkey in here!”

The man said, “Don’t worry, he won’t cause any trouble.”

Within seconds the monkey jumped on the pool table and swallowed the cue ball.

The bartender yelled, “Hey, he just ate my cue ball. No one can play pool anymore! Get out!”

The man left but came back one week later with his monkey. He apologized to the bartender and promised no more trouble. The bartender let him and the monkey stay.

Later that night, the monkey walked over to a bowl of grapes, put one in his ass, and then ate it.

The bartender said, “That’s disgusting! Why did he do that?!”

The man said, “Since he swallowed the cue ball, he sizes everything up before he eats it.”