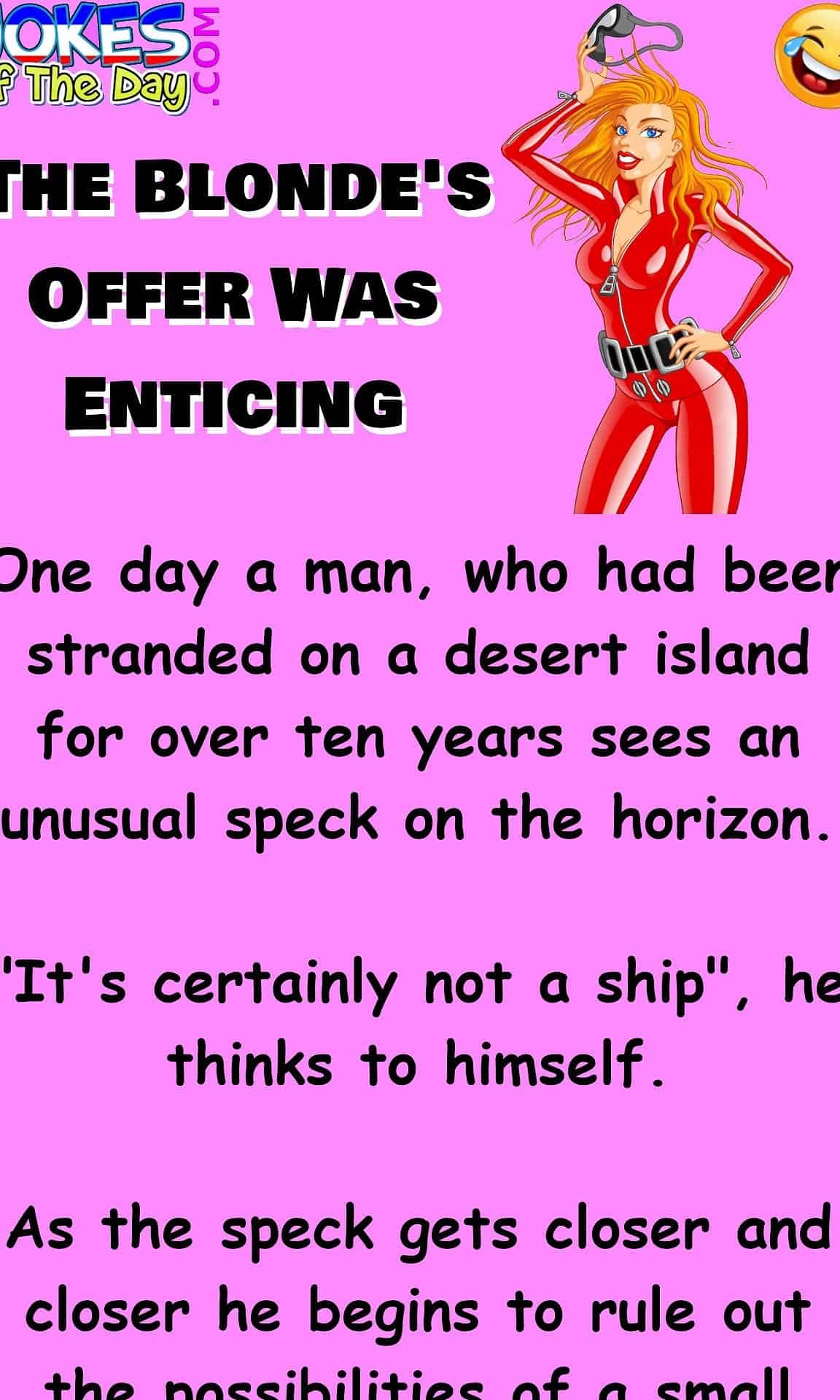 One day a man, who had been stranded on a deserted island for over ten years, sees an unusual speck on the horizon.

“It’s certainly not a ship,” he thinks to himself.

As the speck gets closer and closer he begins to rule out the possibilities of a small boat, then even a raft.

She approaches the stunned guy and says,

“Tell me, how long has it been since you’ve had a cigarette?”

With that she reaches over and unzips a waterproof pocket on her left sleeve and pulls out a pack of cigarettes.

He takes one, lights it, takes a long drag and says, “Man, oh man! Is that good!”

“And how long has it been since you’ve had a sip of bourbon?” she asks him.

She reaches over, unzips her right sleeve, pulls out a flask and hands it to him.

At this point she starts slowly unzipping the long zipper that runs down the front of her wet suit, looks at the man seductively, and asks,

“And how long has it been since you’ve played around?”

With tears in his eyes, the guy falls to his knees and sobs,