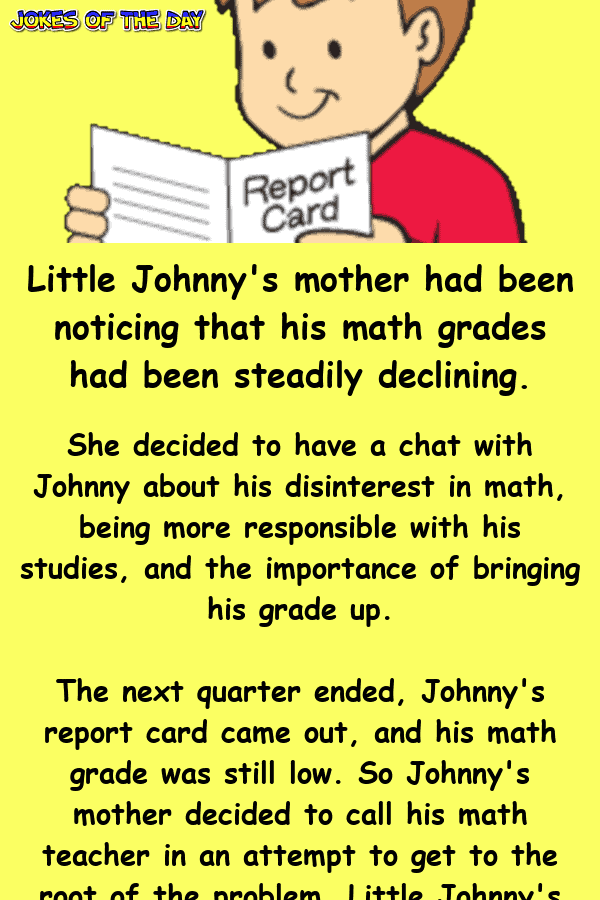 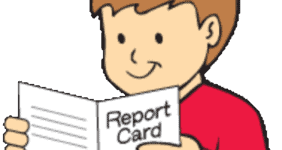 Little Johnny’s mother had been noticing that his math grades had been steadily declining.

She decided to have a chat with Johnny about his disinterest in math, being more responsible with his studies, and the importance of bringing his grade up.

But to her dismay, his grade had still not improved on his next report card.

In an act of desperation, little Johnny’s mother decided to transfer him to the local Catholic school.

Immediately, she noticed that when Johnny came home from school, he wouldn’t say a word, but would go straight to the table and begin doing his math homework. Johnny’s mother was very pleased with this sudden change; and over the course of the next few weeks, it seemed little Johnny’s math issue had finally been resolved.

Once again, Johnny’s report card came; but this time he got an “A” in math.

Johnny’s mother was overjoyed, yet a little perplexed.

She asked him, “What do they do so differently at the Catholic school that finally persuaded you to change your attitude and bring up your math grade?”

Little Johnny replied, “On the first day of math class, when I looked up and saw that guy hanging from the giant plus sign above the chalkboard, I knew they weren’t messing around.”