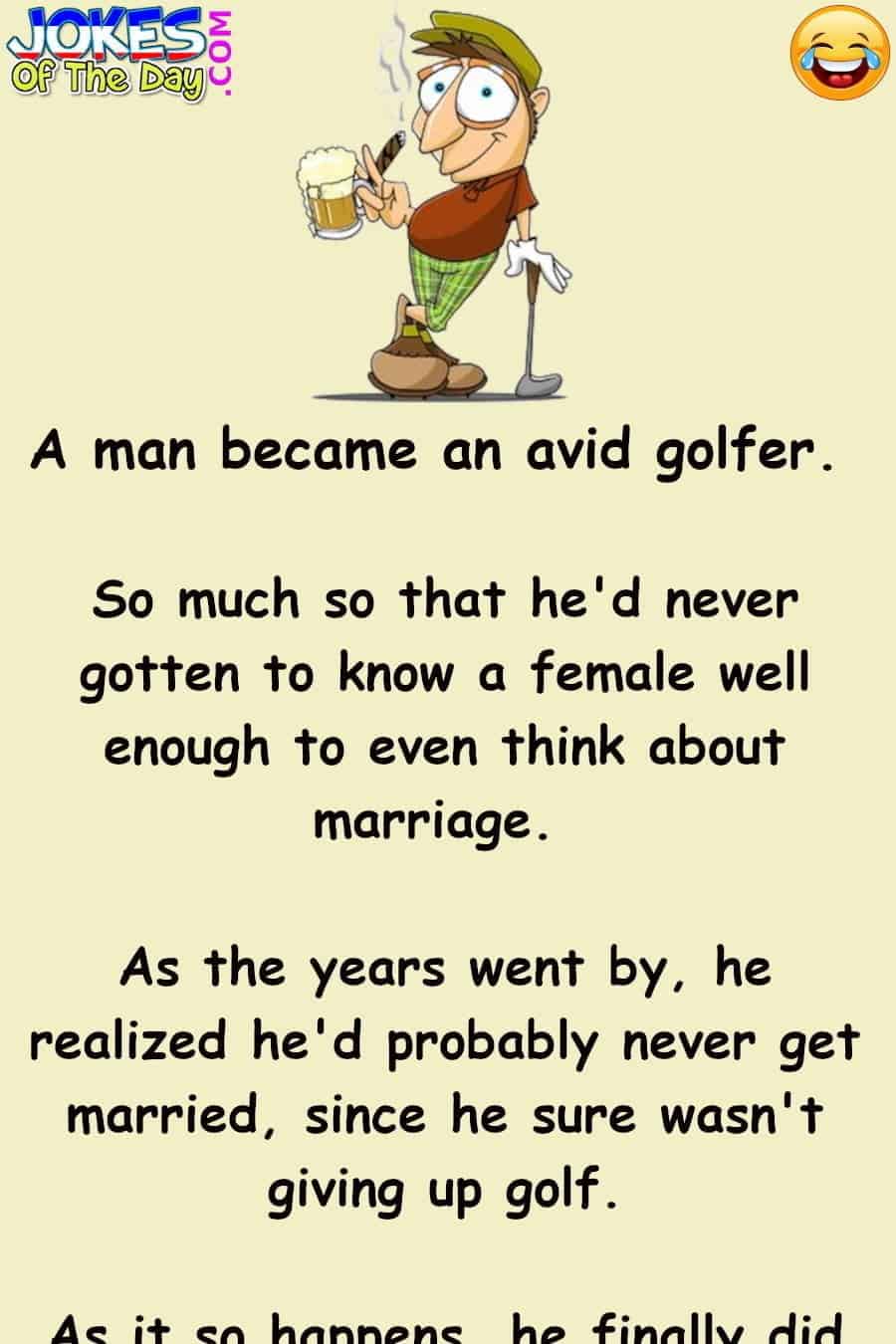 A man became an avid golfer.

So much so that he’d never gotten to know a female well enough to even think about marriage.

As the years went by, he realized he’d probably never get married, since he sure wasn’t giving up golf.

As it so happens, he finally did meet a wonderful woman, and in short order they grew very fond of each other. He kept asking himself: “Is this the one?”

One evening at a restaurant, he opened up to her. “As you have probably figured out, I’ve grown very fond of you, and have started to think about a future together…”

She interrupted to say, “I have been feeling the same was about us.”

He smiled at her and continued: “I have a confession to make that I should have made before, but I was concerned that it might affect our relationship.”

“I’m a golf fanatic,” he said. “I think about golf constantly. I’ll be out on the golf course just about every day, every holiday, just every chance I get. I try to play 36 holes each day, but if the weather is good, I’ll try to play even more.”

He finished with: “I thought you should know before we go any further.”

She pondered this for a moment and said, “I thank you for your honesty. Now in the same spirit of honesty, I should tell you that I’ve concealed something about my own past that you should know about. The truth is, I’m a hooker.”

There is a long pause, and her heart was sinking with every second of protracted silence.

She watched him fidget with his hands, and sit there is silence. He was clearly struggling with his inner emotions.

She began to despair.

Finally, he raises his head, looks right at her, and says,

“That’s not really a problem. Just widen your stance a little, and overlap your grip, and that should clear it right up.”