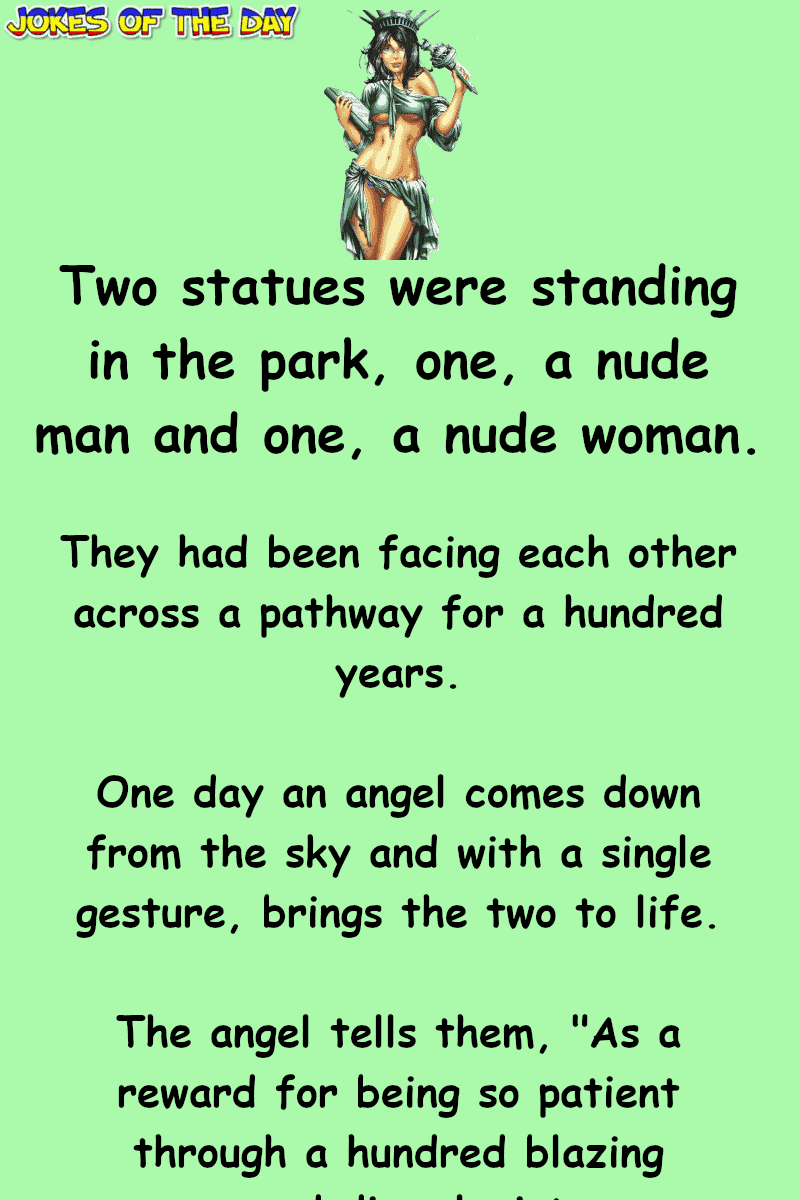 They had been facing each other across a pathway for a hundred years.

One day an angel comes down from the sky and with a single gesture, brings the two to life.

The angel tells them, “As a reward for being so patient through a hundred blazing summers and dismal winters, you have been given life for thirty minutes to do what you’ve wished to do the most.”

He looks at her.  She looks at him.  They go running behind the shrubbery.

The angel waits patiently as the bushes rustle and giggling ensues.

After fifteen minutes, the two return, out of breath and laughing.

The angel looks at his watch. “Um, you have fifteen minutes left… would you care to do it again?”

She eagerly replies, “Oh! Yes, let’s! But we should change positions…”

“… This time, I’ll hold the pigeon down, and you shit on its head!”