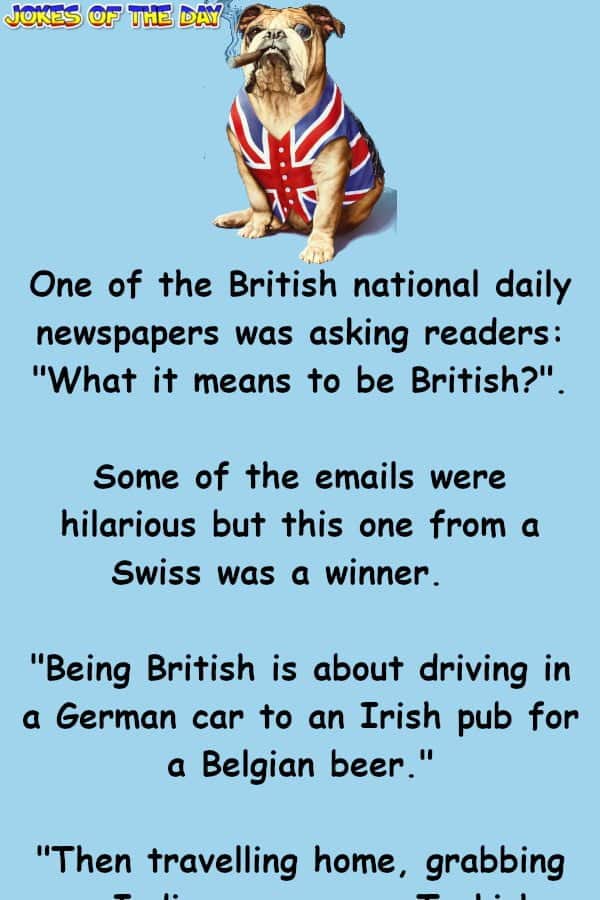 One of the British national daily newspapers was asking readers: “What it means to be British?”.

Some of the emails were hilarious but this one from a Swiss was a winner.

“Being British is about driving in a German car to an Irish pub for a Belgian beer.”

“Then travelling home, grabbing an Indian curry or a Turkish kebab on the way, to sit on a Swedish furniture and watch American shows on a Japanese TV.”

“He buys a holiday home in Spain, Skis in France, fancies Swedish birds and has a Romanian au-pair.”

And the most British thing of all?

“Suspicious of anything Foreign “