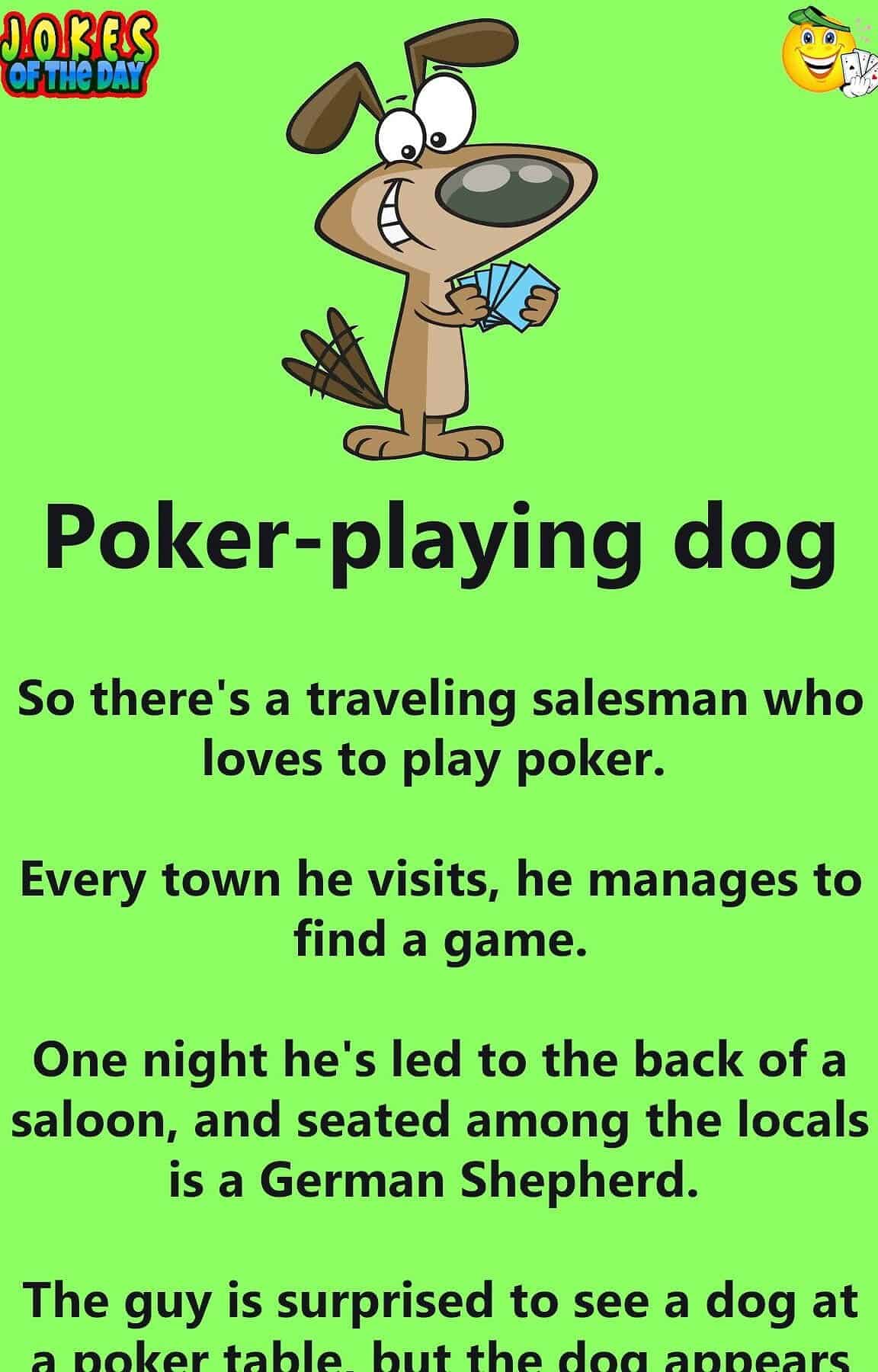 So there’s a travelling salesman who loves to play poker.

Every town he visits, he manages to find a game.

One night he’s led to the back of a saloon, and seated among the locals is a German Shepherd.

The guy is surprised to see a dog at a poker table, but the dog appears to be very well behaved, so the salesman sits down to play.

The dog turns over his hand: a flush.

The salesman is so impressed, he isn’t even mad that he lost the hand.

“You know,” he says to the one of the locals, “Not only can that dog play, but he’s really pretty good.”

“Yeah,” says the local. “He plays okay, but we usually beat him.”

“Is that right?” says the salesman.

“Yeah,” says the local. “Whenever he has a good hand, he wags his tail.”