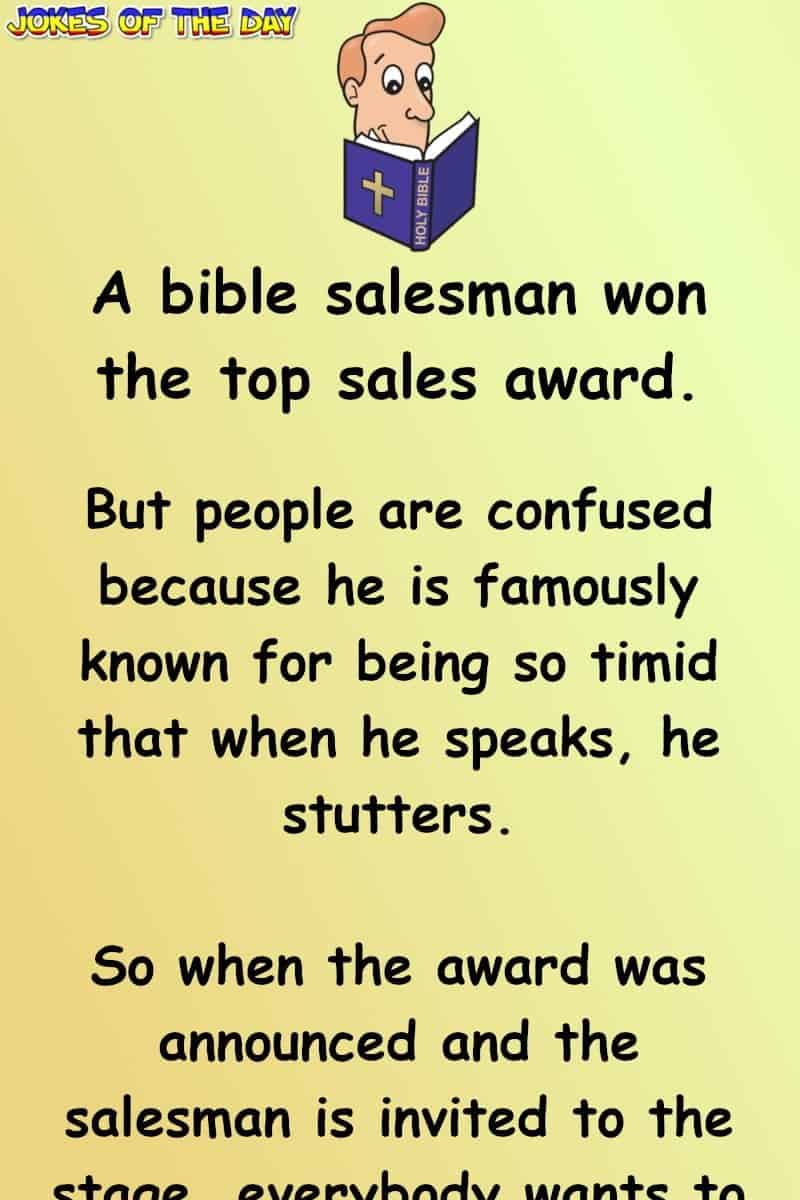 But people are confused because he is famously known for being so timid that when he speaks, he stutters.

So when the award was announced and the salesman is invited to the stage, everybody wants to hear what this man says.

After handshaking the announcer, the man hesitantly approaches the microphone. He tapped the microphone, but after a very long pause, not even a word comes out.

Then the host gets impatient, so he took his microphone and asked, “I know this award might be overwhelming, but if it’s alright with you, can we ask a little something?”

The salesman said nothing at all, just slightly nodded.

The host continues, “What is the secret of your success?”

After another long pause, finally the salesman took a deep breath and says,…