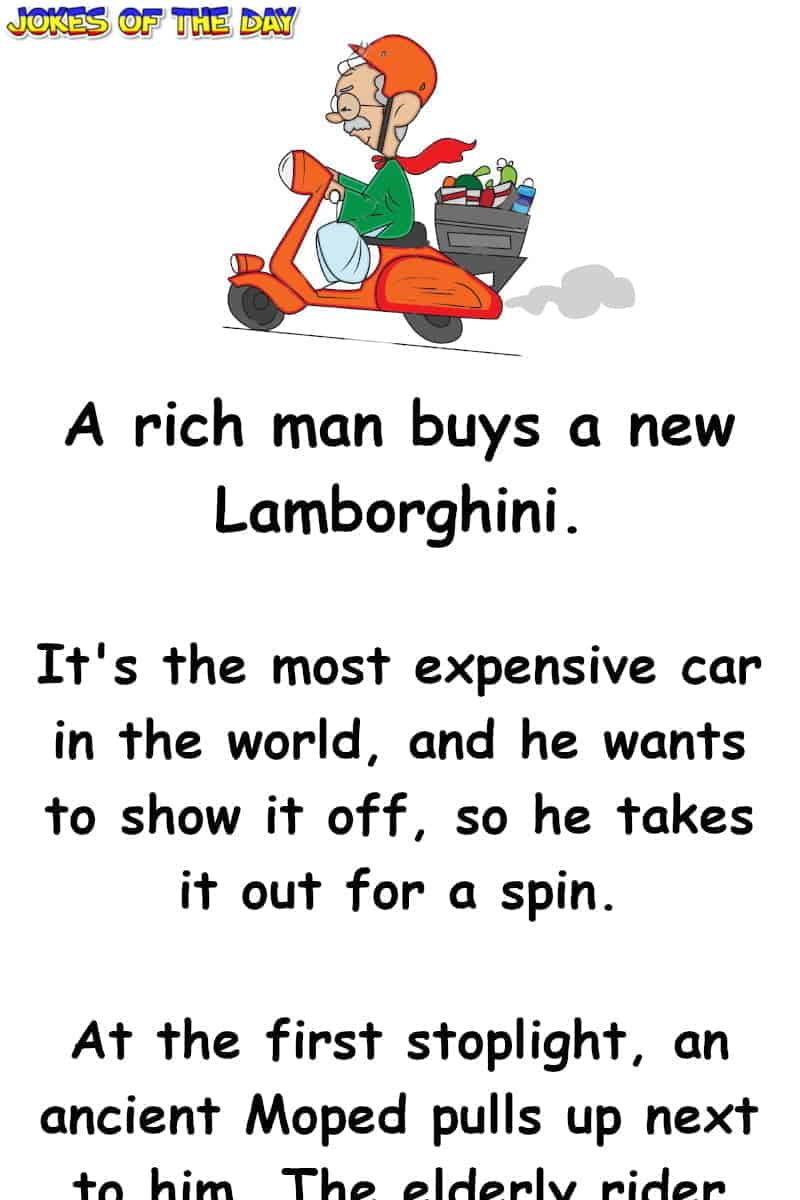 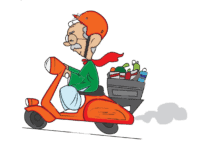 It’s the most expensive car in the world, and he wants to show it off, so he takes it out for a spin.

At the first stoplight, an ancient Moped pulls up next to him.  The elderly rider stares at the sleek, shiny surface of the automobile and asks, “What kinda wheels ya got there, sonny?”

The man replies, “It’s a Lamborghini. They go for about a million and a half.”

The old guy is shocked: “That’s a lot of moolah. Why do they cost so much?”

The cool man says proudly, “Because these babies can do 320 miles an hour!”

The gent on the Moped asks, “Can I take a look inside?”

“Sure,” responds the owner. So the old man pokes his head in the window, and peers around.

Leaning back on his Moped, the old guy says, “That’s a pretty nice car!”

Just then, the red light turns green, so the man decides to floor it. In no time, the speedometer reads 320. Suddenly, he notices a dot in his rear-view mirror, which seems to be getting closer. He slows down to see what it might be, and whoooooosh! Something whips by him, at an incredible velocity.

The guy is astonished “What on earth could be faster than my car?!” Then, ahead of him, he sees the same dot, coming back. Whoooooosh! It goes by again, heading in the opposite direction. It almost looks like the old man on the Moped.

“Couldn’t be,” he mumbles to himself. “How could a Moped outrun my Lamborghini?!” Again, the blasted dot appears in his mirror. Whoooooosh! Ka-boooom! It plows into the back of his car, demolishing the rear end. The guy jumps out, and it IS the old fellow!

Of course, the Moped and its driver are hurtin’ bad, so he kneels down by him and says, “You’re seriously injured – is there anything I can do for you?”

The old guy moans, “Yes… unhook my suspenders from your side mirror.”