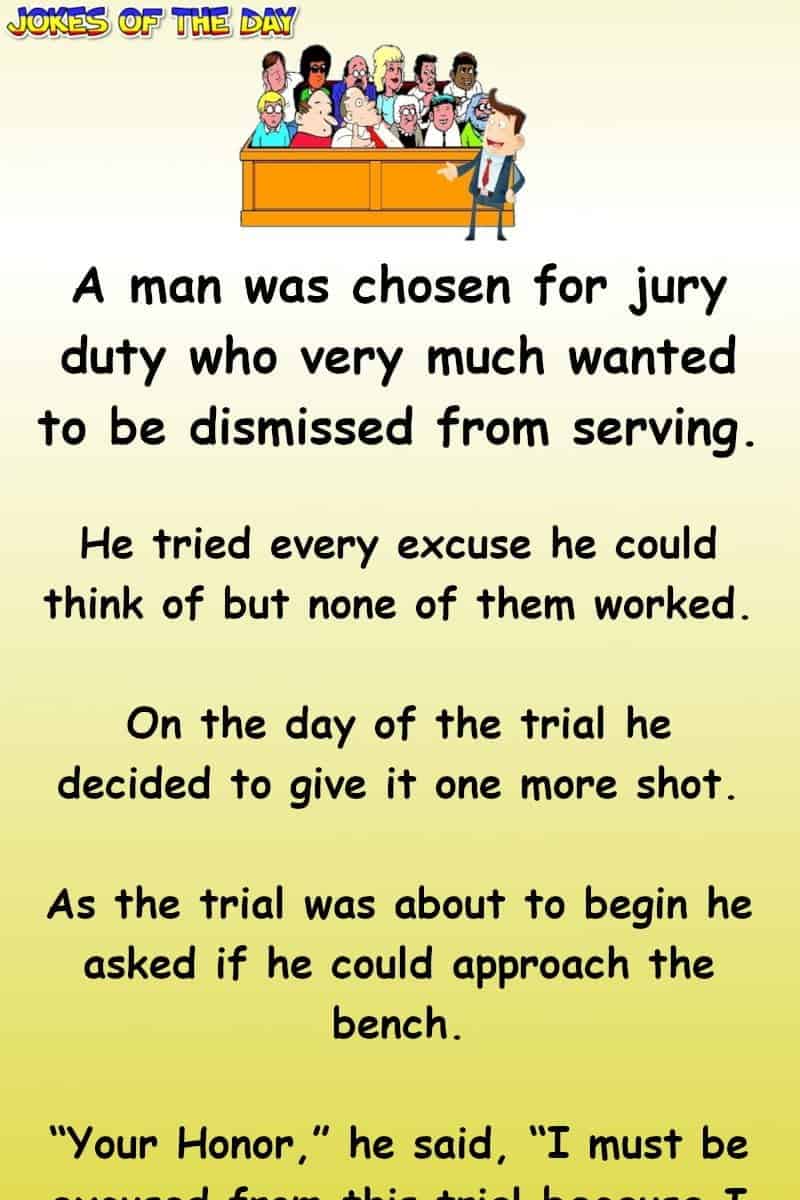 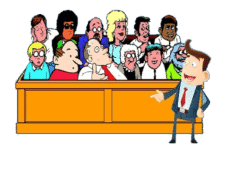 A man was chosen for jury duty who very much wanted to be dismissed from serving.

He tried every excuse he could think of but none of them worked.

On the day of the trial he decided to give it one more shot.

As the trial was about to begin he asked if he could approach the bench.

“Your Honor,” he said, “I must be excused from this trial because I am prejudiced against the defendant. I took one look at the man in the blue suit with those beady eyes and that dishonest face and I said ‘He’s a crook! He’s guilty, guilty, guilty’. So your Honor, I could not possibly stay on this jury!”

With a tired annoyance the judge replied,

“Get back in the jury box. That man is his lawyer.”