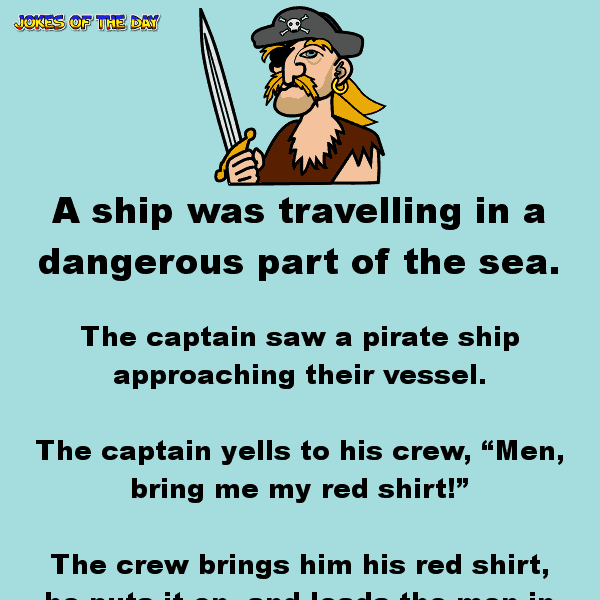 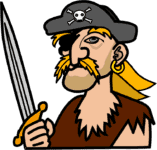 Sometimes, you have to hide your doubts as a leader…

… something that this captain knows all too well.

A ship was travelling in a dangerous part of the sea.  The captain saw a pirate ship approaching their vessel.

The captain yells to his crew, “Men, bring me my red shirt!”

The crew brings him his red shirt, he puts it on, and leads the men in battle.  They lose one man, but on the whole it was a great victory. Everyone wonders what the deal is with the red shirt, but they just shrug it off.

A few days later, the captain sees 2 pirate ships in the distance.

He again yells, “Men, bring me my red shirt!”

The crew does so, and they fight off the pirates.  They lose a few more men this time, but at least most of them are unharmed.

However, this time curiosity got the best of them, and they ask the Captain why he’s asked for his red shirt during the battles.

He answers, “Well crew, I know all of you look to me for support and morale.  I knew there would be a good chance of me getting injured, and I didn’t want you to see me all bloody and fear that all is lost.  Therefore I put on a red shirt so that my injuries will blend in with the shirt.”

A few weeks later, the ship is travelling in another sea, and in the distance, there are suddenly 10 fearsome pirate ships.

The captain spots them and yells, “Men, bring me my brown pants!”