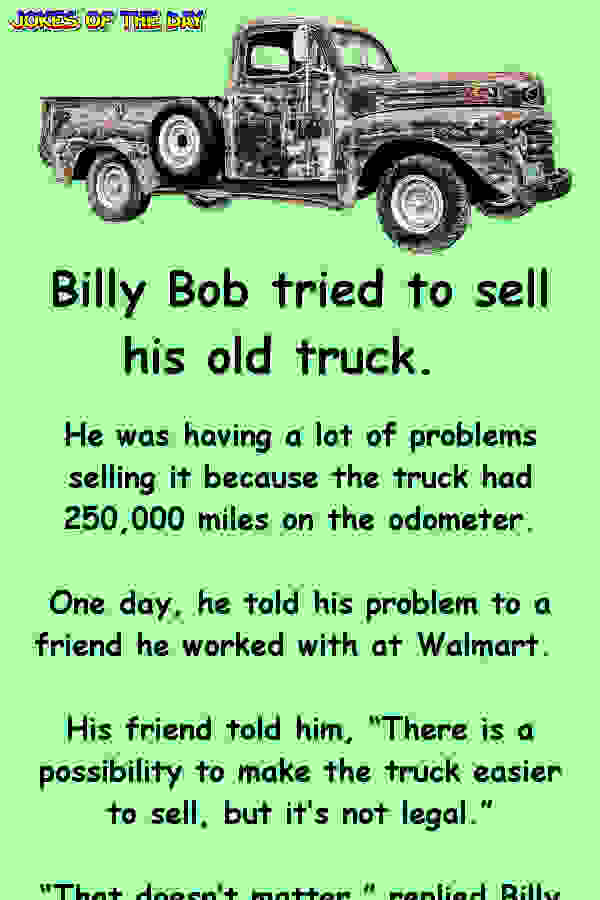 Billy Bob tried to sell his old truck.  He was having a lot of problems selling it because the truck had 250,000 miles on the odometer.

One day, he told his problem to a friend he worked with at Walmart.

His friend told him, “There is a possibility to make the truck easier to sell, but it’s not legal.”

“That doesn’t matter,” replied Billy Bob, “I really need to sell the truck.”

“Okay,” said Billy Bob’s friend. “Here is the address of a friend of mine.  He owns a repair shop.  Tell him I sent you and he will turn the odometer in your truck back to 50,000 miles. Then it should not be a problem to sell it anymore.”

The following weekend, Billy Bob made the trip to the mechanic.

Two weeks later the friend asked Billy Bob, “Did you sell your truck?”