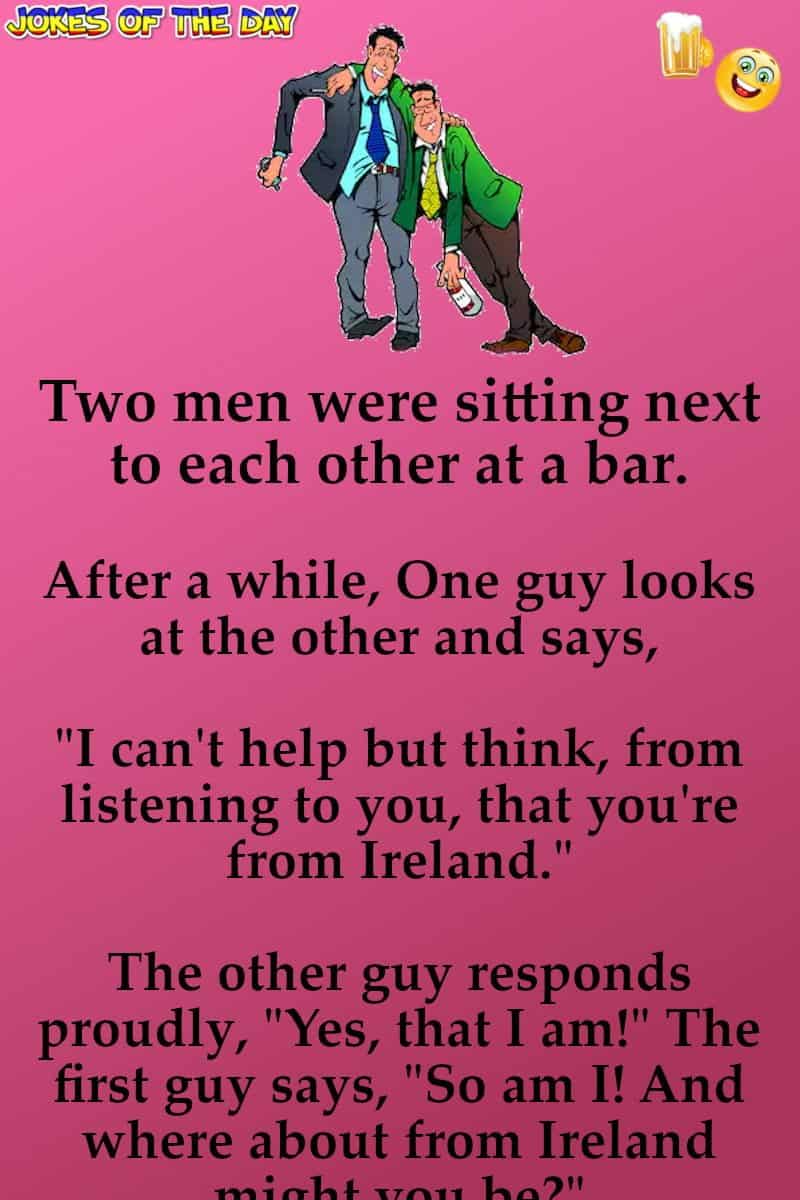 Two men were sitting next to each other at a bar.

After a while, One guy looks at the other and says, “I can’t help but think, from listening to you, that you’re from Ireland.”

The other guy responds proudly, “Yes, that I am!”

The first guy says, “So am I! And where about from Ireland might you be?”

The other guy answers, “I’m from Dublin, I am.”

The first guy responds, “Sure and begorra, and so am I! And what street did you live on in Dublin?”

The other guy says, “A lovely little area it was, I lived on McCleary Street in the old central part of town.”

The first guy says, “Faith & it’s a small world, so did I! And to what school would you have been going?”

The other guy answers, “Well now, I went to St. Mary’s of course.”

The first guy gets really excited, and says, “And so did I. Tell me, what year did you graduate?”

The first guy exclaims, “The Good Lord must be smiling down upon us! I can hardly believe our good luck at winding up in the same bar tonight. Can you believe it, I graduated from St. Mary’s in 1964 my own self.”

About this time, another guy walks into the bar, sits down, and orders a beer.

The bartender walks over shaking his head & mutters,

“It’s going to be a long night tonight, the Murphy twins are drunk again.”