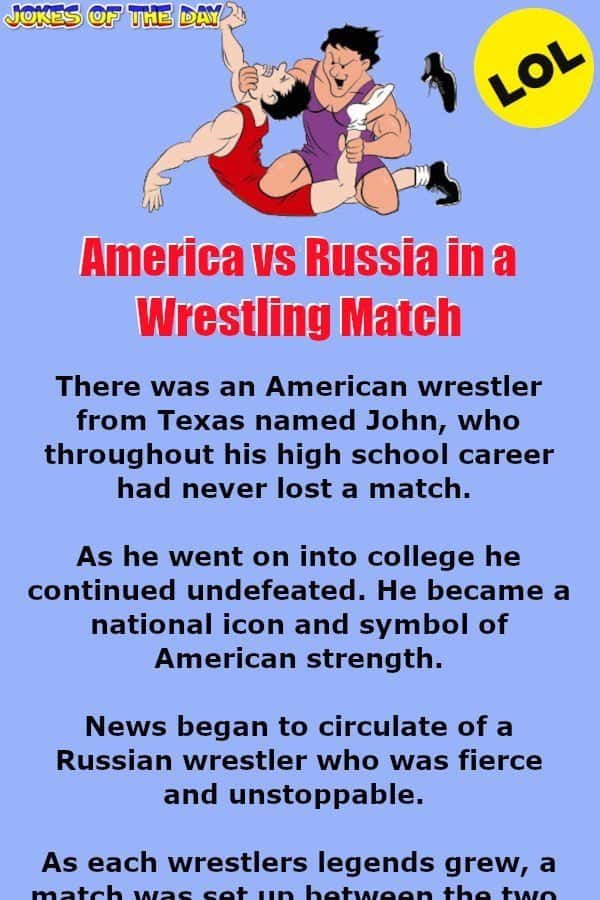 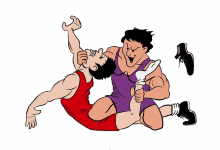 There was an American wrestler from Texas named John, who throughout his high school career had never lost a match.

As he went on into college he continued undefeated. He became a national icon and symbol of American strength.

News began to circulate of a Russian wrestler who was fierce and unstoppable. As each wrestlers legends grew, a match was set up between the two, America versus Russia. The match would be held in Texas.

Four seconds into the match, the Russian had the American in the Mongolian death grip. The coach buried his face into his hands and cursed John for not listening to his advice.

All of the sudden he heard the crowd erupt in a chant of, “USA USA USA”. He looked up and saw the Russian pinned by John.

The coach ran out to meet John and embarrassingly told him, “I didn’t see… Once he had you in the Mongolian Death Grip I looked away. How in the world did you get out of the Mongolian death grip?”

With heavy breath, John told him, “Well coach, that Russian grabbed me and twisted my body in ways I never imagined possible. I was wincing in pain when I open my eyes and right in front of me were two testicles. So I bit them.”

“What???” Said the coach… “John I don’t think that is legal. You could be disqualified”

“I don’t know about that coach. But I can tell you one thing…,