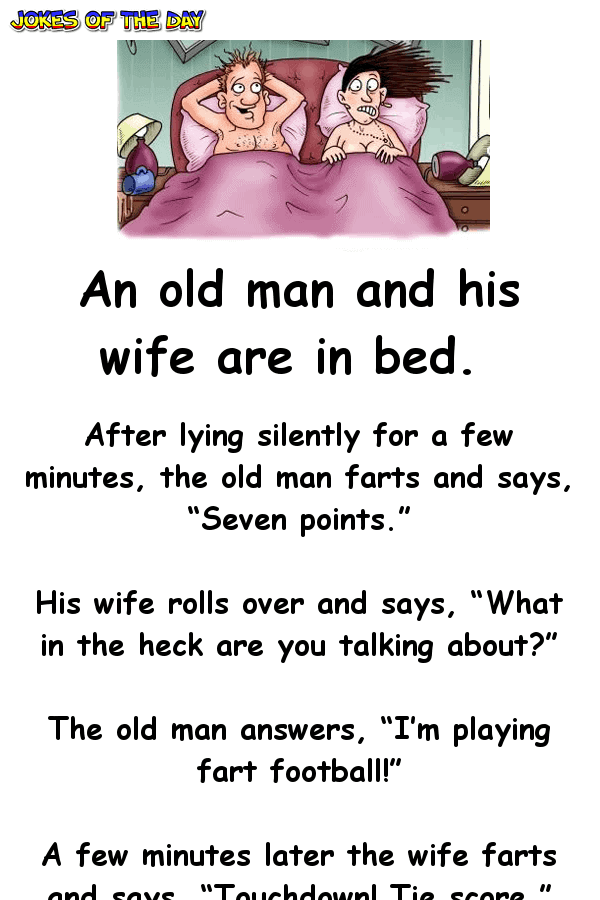 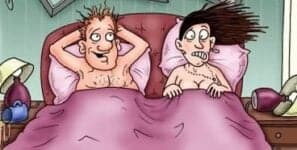 An old man and his wife are in bed.

After lying silently for a few minutes, the old man farts and says, “Seven points.”

His wife rolls over and says, “What in the heck are you talking about?”

After about five minutes the old man farts again and says, “Touchdown! I’m winning 14 to 7!”

Furious about losing, the wife rips another fart and yells out, “The score is tied!”

The pressure is on and the old man refuses to lose.  He strains incredibly hard, but instead of farting he accidentally poops the bed.

The wife hears the noise and asks, “What in the world was that noise?”