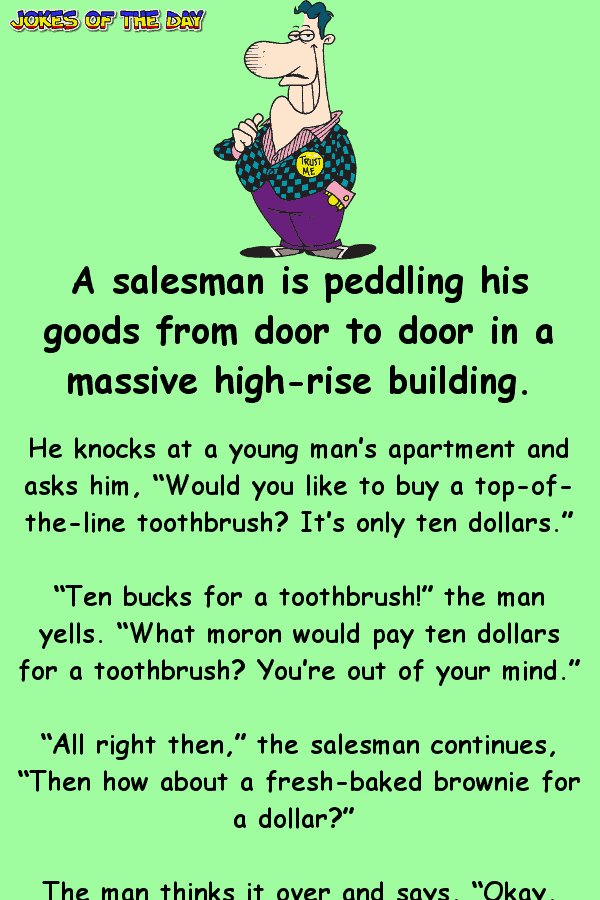 A salesman is peddling his goods from door to door in a massive high-rise building.

He knocks at a young man’s apartment and asks him, “Would you like to buy a top-of-the-line toothbrush? It’s only ten dollars.”

“All right then,” the salesman continues, “then how about a fresh-baked brownie for a dollar?” The man thinks it over and says, “Okay, why not?”

The salesman hands over the brownie. The man takes a bite and spits it out onto the floor in the hallway.

“Well, that’s because it is crap,” the salesman explains. “So can I interest you in a toothbrush?”