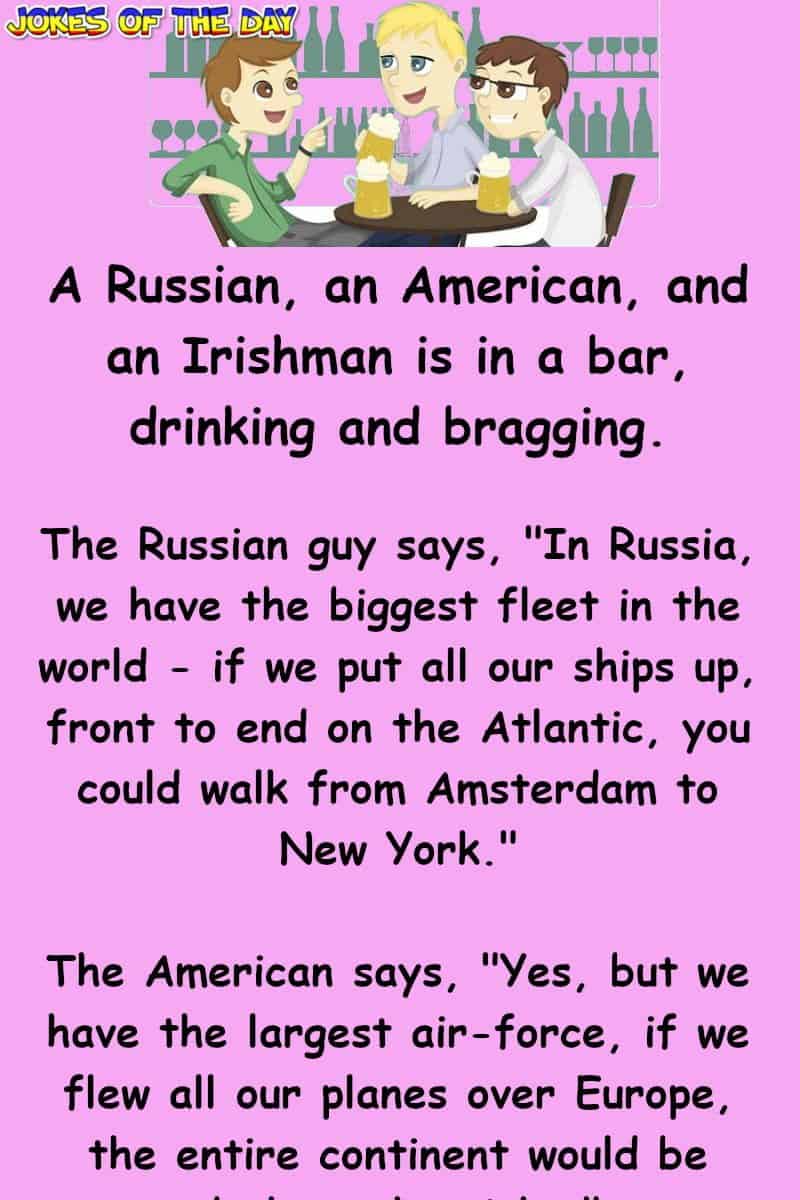 A Russian, an American, and an Irishman are in a bar, drinking and bragging.

The Russian guy says, “In Russia, we have the biggest fleet in the world – if we put all our ships up, front to end on the Atlantic, you could walk from Amsterdam to New York.”

The American says, “Yes, but we have the largest air-force, if we flew all our planes over Europe, the entire continent would be dark as the night.”

The Irishman says, “I know this guy who lives in Dublin, he has a 4 foot penis.”

The Russian guy clears his throat, “I might have exaggerated somewhat… maybe you would need little boat to get all the way across…”

The American joins in, “I might have exaggerated somewhat too… I don’t think the entire continent would be dark as the night, just some countries…”

The Irishman is a little embarrassed, “I was also exaggerating… he really lives in Belfast.”