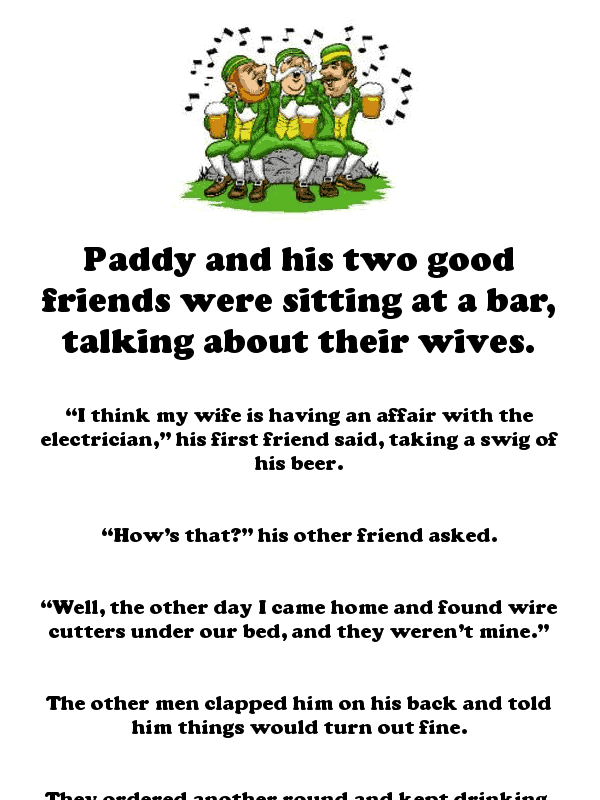 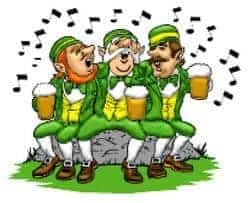 Paddy and his two good friends were sitting at a bar, talking about their wives.

“I think my wife is having an affair with the electrician,” his first friend said, taking a swig of his beer.

“How’s that?” his other friend asked.

“Well, the other day I came home and found wire cutters under our bed, and they weren’t mine.”

The other men clapped him on his back and told him things would turn out fine.

They ordered another round and kept drinking.

After a while, the other friend said, “You know what, I think my wife is having an affair with the plumber.”

“Well, the other day I found a wrench under the bed and it wasn’t mine.”

“Man, that sucks!” Paddy and his friend said, and ordered another round of beer.

After taking a sip, Paddy said, “I think my wife is having an affair with a horse.”

Both his friends stared at him in utter disbelief.

“No, I’m serious,” Paddy said, “the other day I came home and found a jockey under our bed!”