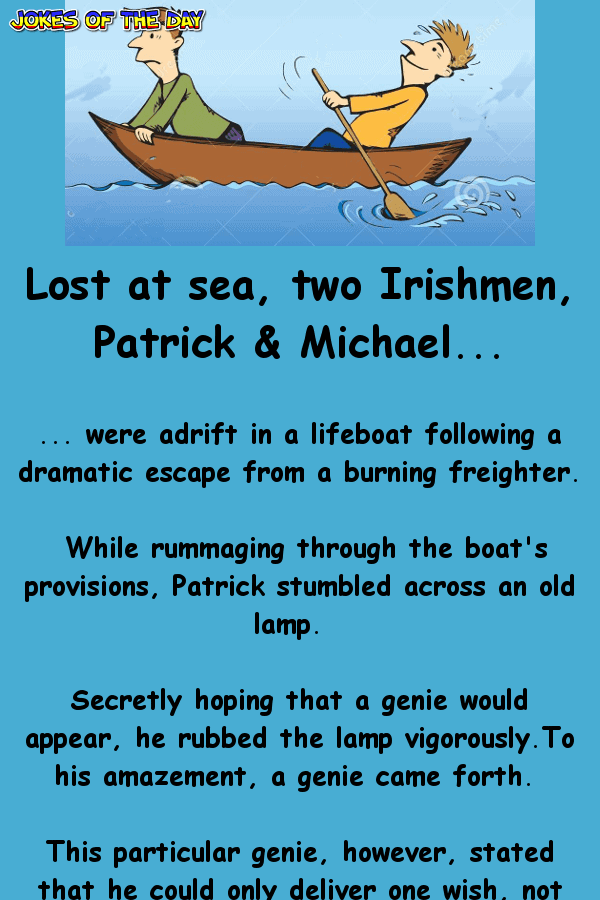 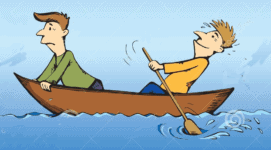 Lost at sea, two Irishmen, Patrick & Michael, were adrift in a lifeboat following a dramatic escape from a burning freighter.

While rummaging through the boat’s provisions, Patrick stumbled across an old lamp.  Secretly hoping that a genie would appear, he rubbed the lamp vigorously.

To his amazement, a genie came forth.

This particular genie, however, stated that he could only deliver one wish, not the standard three.

Without giving much thought to the matter, Patrick blurted out, “Make the entire ocean into Guinness Beer!”

The genie clapped his hands with a deafening crash, and immediately the entire sea turned into the finest brew ever sampled by mortals.

Simultaneously, the genie vanished.  Only the gentle lapping of Guinness on the hull broke the stillness as the two men considered their circumstances.

Michael looked disgustedly at Patrick and after a long, tension filled moment, he spoke.

“Nice going Patrick! Now we’re going to have to pee in the boat.”